Lemon Law Attorneys Standing Up For Your Rights

Thousands of vehicles sold every year in the United States are defective, their problems ranging from the minor to the life-threatening. The recall process can be daunting, and pursuing legal redress if that process fails even more so.

LemonLawUSA's goal aims to keep consumers informed with the latest developments in automotive recall and car warranty news, and help them find the information and resources they need to make informed decisions. Together, we’ll help you navigate your way back to the road so you can move forward with peace of mind.

Lemon law and breach of warranty law can be convoluted and confusing unless you have years of experience in the legal system. It can also be intimidating to face a massive automotive manufacturer in court, regardless of how wronged by them you may feel.

There’s no reason to be intimidated. Lemon law lawyers with years of experience taking on big companies and winning in court are ready and able to give you the help you need. They can help you find the information you need to make the best decision possible and exercise your legal rights.

The lemon law in most states requires a vehicle to have a “substantial defect“ that is both covered by the warranty and not repairable after a reasonable number of repair attempts.

According to the National Traffic Safety Administration (NHTSA), 150,000 new cars sold every year are lemons: cars with repeated, unfixable problems. Any manufacturer can make a lemon; Ford, Chrysler and Toyota made big headlines over the past few years with high profile recalls, but GM, Honda, Nissan and several others build their fair share of lemons.

Every state in America has enacted “lemon laws” to protect consumers who purchase defective vehicles and compensate consumers for their losses. There’s also protection at the federal level with the Magnuson-Moss Warranty Act, which compels manufacturers to stand by the vehicle warranties. Consumers need to know how lemon laws work to make the best decision they can, to get the compensation they deserve.

Lemon law usually applies only to new or certified pre-owned cars; however, some states’ lemon laws cover used cars as well. In those states, the lemon law often applies to all lower mileage vehicles bought in the state or vehicles still covered by the original warranty at the time of purchase. 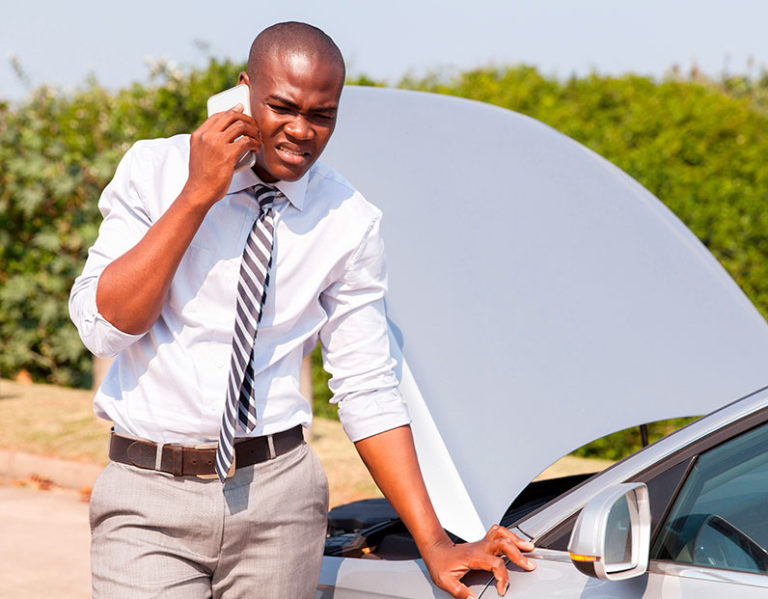 The law defines a “substantial defect” as a problem that affects the car’s operation, value or safety, such as faulty brakes or steering. Defects such as loose radio dials or faulty door handles are considered “minor defects” and aren’t covered by the law, unless they somehow represent a safety hazard or demonstrably diminish the car’s value.

The line between a “minor” and “substantial” defect can be blurry. Some less than obvious conditions, including defective paint jobs or awful odors, can be substantial defects covered by the lemon law.

The owner of a car with a substantial defect must allow the dealer or manufacturer a “reasonable” number of attempts to fix the problem before the car is considered a lemon. The law specifies that it is the “problem” that must be fixed and not a specific part; for example, if the car fails to start it doesn’t matter how many individual parts have to be replaced, the manufacturer must get the car to start reliably.

If the defect is considered a serious safety hazard, such as a brake or steering problem, then the problem generally must remain unrepaired after one or two attempts depending on the state in question, to be considered a lemon. Less serious issues must remain unfixed after several attempts (the exact number varies by state) before the lemon law comes into effect.

Lemon law can also kick in if the vehicle is in the shop for a certain number of days to fix one or more substantial warranty defects, usually if the car has been in the shop for longer than 30 days.

Think you have a lemon, click here to fill out a 60 second form.

Lemon laws vary across the country, but one law stands supreme above them all: the Magnuson-Moss Warranty Act of 1975. The Act protects consumers when manufacturers fail to stand behind their product warranties.

The Act, signed into law by President Gerald Ford, arose in response to widespread misuse of express warranties and disclaimers by merchants in the 1970s, according to a U.S. House of Representatives report. The Act’s purpose is to make warranties on consumer products, including cars, use plain language more readily understood by customers. The Act also makes warranties enforceable by the Federal Trade Commission (FTC), giving the FTC the means to better protect consumers.

The Act compels consumer product manufacturers and sellers to give customers detailed warranty coverage information clearly and up front prior to purchase. It states in plain language customers’ rights, and the duties of anyone providing product warranties.

The Act intended to ensure consumers could shop for warranty coverage and make informed purchasing decisions, while promoting competition based on warranty coverage. It encourages companies to stand by the warranty obligations they offer in a timely manner and to make it easier for consumers to pursue breach of warranty cases against companies, whether through courts or private arbitration. Lemon laws may differ in each state, but through the Act, a breach of warranty becomes a violation of federal law. 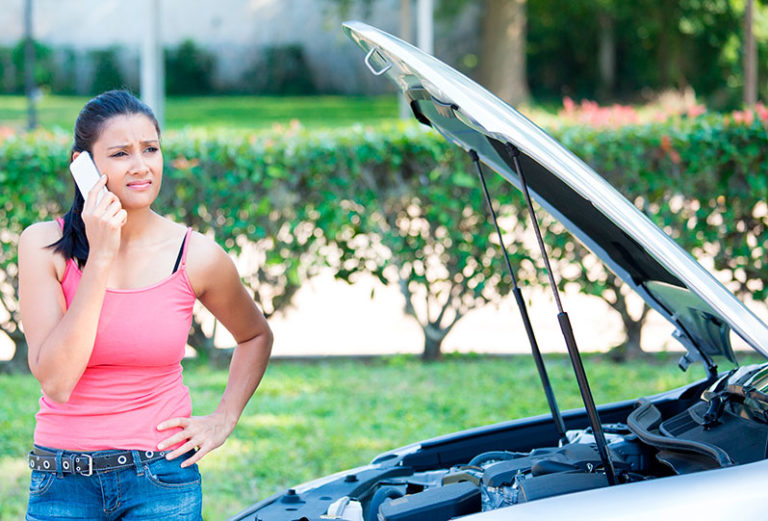 The Act also helps consumers by forcing a defendant, if found legally liable, to pay the consumer’s attorney fees in addition to any damages. It permits attorneys to seek their fees directly from the manufacturer thus allowing clients to obtain legal counsel without paying fees directly out of the consumers’ pockets.

The Act forces companies to designate any warranties they offer as either “full” or “limited” and specify exactly what the warranty covers in a single, clear, and easy-to-read document. Businesses must also ensure warranty information is available where the covered products are sold so customers can read them before buying. Companies can’t require “tie-in sales”, such as an auto manufacturer requiring a customer to use only their branded parts to keep the warranty in effect. The Act also prohibits deceptive warranty terms.

The Act specifically prohibits businesses who provide written warranties on products from disclaiming or modifying implied warranties. This means no matter how broad or narrow the written warranty is, customers are always entitled to the basic protection of the “implied warranty of merchantability;” that a good sold will do what it is supposed to do.

Do You Need a Lawyer?

The entire process of seeking legal recourse through the courts can be incredibly taxing and complex, according to Andrew Ross, a lemon law attorney with Allen Stewart, PC.

He said breach of warranty claims, like any other legal issue, are very intricate requiring the claimant to follow a myriad of arcane rules that could be unfamiliar and alien to the average layperson. 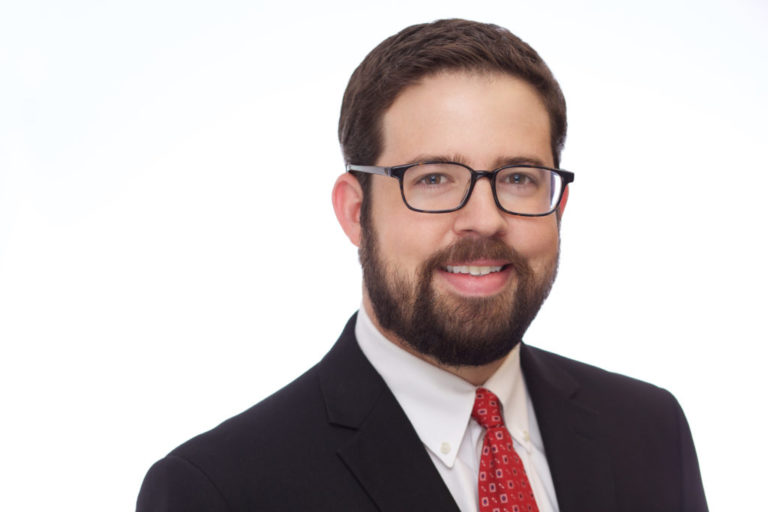 “The legal system is just complicated,” Ross said. “It’s not designed to be user friendly. Like any other type of claim, you are expected to follow all of the rules. It doesn’t matter if you’re a lemon law attorney or not,” Ross said. “One must assess procedural rules, the applicable case law, and the pertinent factual circumstances. Without being an attorney, I think it’s nearly impossible to fully know what you have to do.”

Ross said from what he’s witnessed in his legal career, he’s almost never seen a breach of warranty case end to a consumer’s satisfaction without qualified legal representation.

Think you have a lemon, click here to fill out a 60 second form.

He said manufacturers will often make paltry settlement offers of loan payments or maintenance packages until a lawyer gets involved. “I can’t recall a time when someone has called me and the manufacturer has made them a reasonable cash offer,” he said.

Several auto manufacturers often require consumers to enter arbitration as part of their warranty before filing breach of warranty claims. Lemon laws vary from state to state on whether or not manufacturers are required to pay for the consumer to have legal representation during the arbitration process.

Arbitration differs from court in that it is a much more relaxed setting, almost always set in a conference room instead of a courthouse, and concluded much faster than a trial, often finishing in one day. Arbitration, however, is often unsatisfying to consumers. Manufacturers including Ford, Hyundai, Honda and Nissan require arbitration through the Better Business Bureau’s program – which the manufacturers promote and pay for.

“It’s been my experience that those arbitrations are a waste of time,” Ross said. “Rarely does the BBB render a decision that satisfies the consumer. Most of the time they deny the claim, or they’ll tell the manufacturer to repair the vehicle again. That’s no greater remedy than what they already had under their warranty.”

He said the “best case scenario” is the arbitrator finding in favor of the consumer and ordering a vehicle buyback. But even that, Ross said, is fraught with uncertainty. “When they award a buyback, they don’t tell you what the figures are,” he said. “First you have to accept the decision, and then they’ll tell you what the figures are. It’s a bad situation for the consumer.”

When that happens, a consumer may want to consider hiring a lemon law lawyer to pursue a breach of warranty claim in the courts. “Most often you’re going to have a jury of peers that will be there, who will probably be more realistic and understanding about to your claim,” Ross said.