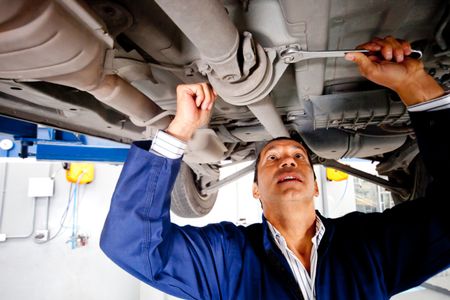 Automotive recalls happen often in the United States, with statistics spiking in recent years. Car manufacturers, including Chrysler, Toyota and Ford, have initiated their own recalls recently. In other instances car makers have been required to issue recalls under the National Traffic and Motor Vehicle Safety Act of 1966.

A car with a “substantial defect,” a problem that affects the car’s operation, value or safety, is considered a lemon according to lemon laws if the problem is both covered by the warranty and not repairable after a reasonable number of repair attempts. Cars considered lemons may be recalled, but not always. While a recalled car is generally automatically considered a lemon, not every lemon car is recalled.

Almost all auto recalls are considered “voluntary” recalls, meaning the recall is not mandated by the NHTSA. Often voluntary recalls are initiated as safeguards against potential lawsuits or other possible legal entanglements. It’s in the best interest of car companies to get defective vehicles off the road before they cause problems or accidents that could lead to personal injuries, death, negative press or additional attention from federal regulators.

Manufacturers usually become aware of quality control issues quickly. If enough car owners come complaining to the dealership of the similar recurring problem with the same make and model, the manufacturer can determine it has a systemic problem not limited to individual vehicles. If the manufacturer determines the problem is widespread, then they may decide to issue a voluntary recall.

Manufacturers are compelled to repair even small issues under the Magnuson-Moss Warranty Act, but aren’t required to issue recalls until the federal government forces them to do so. Manufacturers typically weigh the cost of a recall and subsequent mass repairs when making their decision. If the problem isn’t sufficiently widespread, the manufacturer may choose to handle the repairs on a case-by-case basis as consumers report the issue and bring the vehicles in for repair.

However, manufactures know that the NHTSA is always collecting complaints and information from consumers. Consequently, car makers will often issue voluntary recalls well ahead of any federal action. If government investigators find that a manufacturer tried to hide flaws or act dishonestly regarding a faulty vehicle, the company could face criminal charges as well as monetary fines. Airbag component manufacturer Takata recently learned this the hard way. Takata agreed to pay a $1 billion settlement with the United States government after pleading guilty to fraud for hiding evidence of dangerous problems with their product.